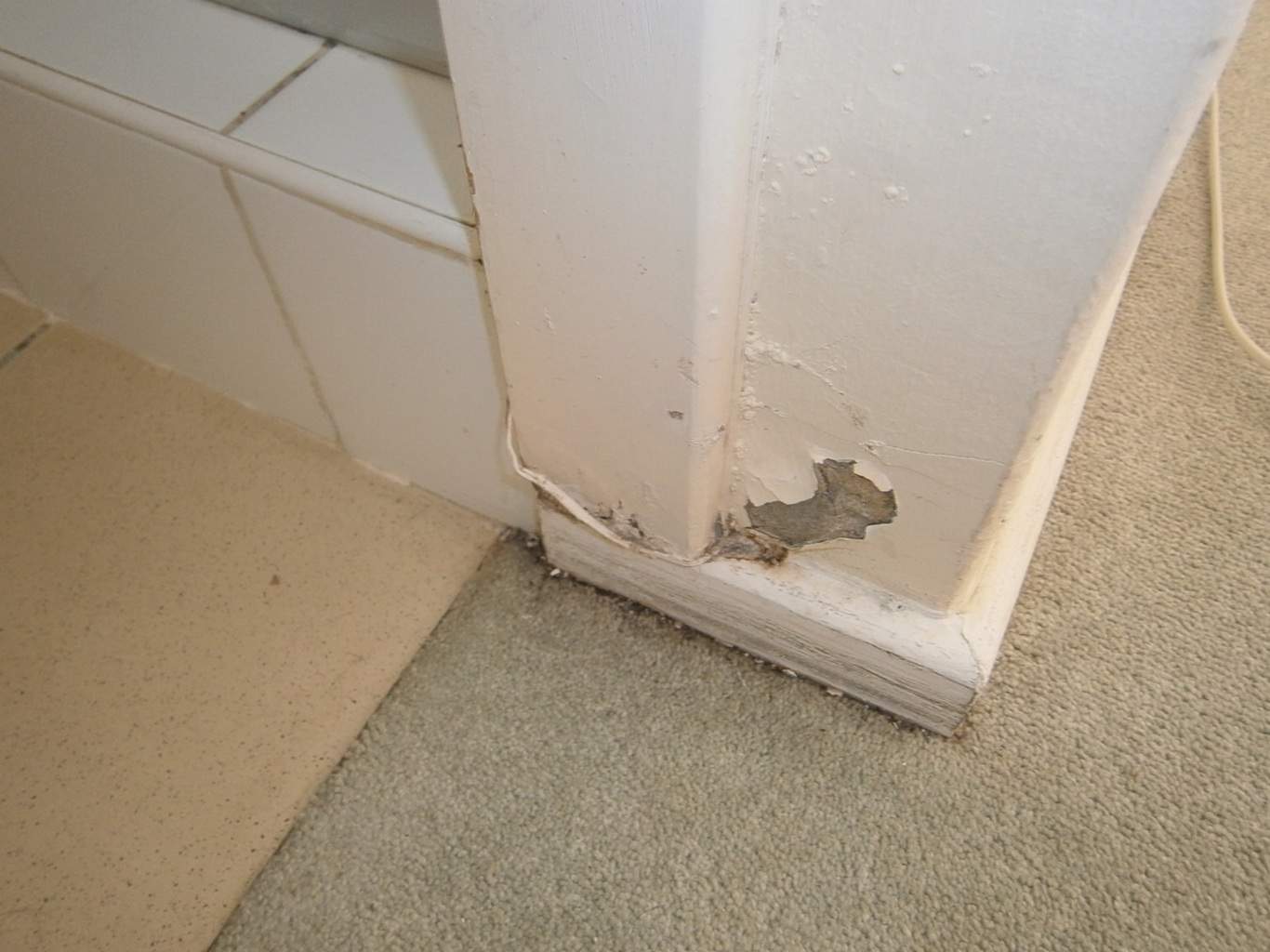 Damp damage on back of shower wall

Damp damage on the opposite side of a wall which encloses a shower is usually the result of a sealing or plumbing problem in the shower.   Common areas of water ingress from the shower are a leaking pipe or drain, a problem behind the bezel (shower tap cover) or poor grouting or sealing of the shower floor and intersection with the shower walls.

This type of damp damage is known as “penetrating damp”.

If the damp damage is low-down on the wall, then the HouseCheck inspector will also investigate the possibility that the damp is “rising damp” caused by a failed or absent damp proof course (DPC) – which allows ground water to “wick up” through the masonry.