Make the right decisions armed with the facts about the true condition of the property. HouseCheck’s empower buyers, sellers and agents to get the right deal for all parties

Damp and waterproofing issues are among the most common problems

Damp and waterproofing problems are among the most common issues encountered by HouseCheck inspectors when inspecting South African properties.

This is because waterproofing and damp issues are often linked to problems with various other components of the property.

For instance: The roof may be leaking for a variety of reasons, there may be internal plumbing problems, or perhaps the waterproofing issue has arisen as a result of defective walls, or paintwork, or (very often) from inadequate ground water management in the areas around the house.

There are three kinds of damp which result in the need for a waterproofing inspection.

Waterproofing above foundations is important

A HouseCheck waterproofing inspection will also identify cracks in the window sills (which have resulted from foundation settlement) as a major cause of waterproofing problems.

"I would recomend a HouseCheck to all Buyers." 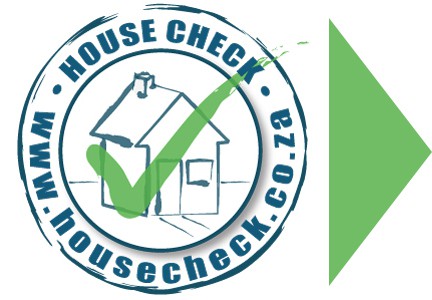 Wilson  Baloyi
"It helped me make an informed decision in regard to the defects and the way forward as well as re-negotiating the offer to purchase based on the report observations."

Quotes in a hour or so

We need all the details in this quote request form to quote you accurately. It takes on average an hour to email your damp inspection quote to you after filling in the form.

At what stage of the buying process should we do an inspection?

We recommend that buyers make their offer to purchase (OTP) subject to a satisfactory HouseCheck.

So what do we do if you find defects?

No house is perfect and your HouseCheck report will separate Vital defects which need immediate attention and maintenance issues which you can handle over time.  We include cost estimates for both. This is your negotiating tool.

Who pays for the inspection?

HouseCheck finds a variety of situations. Whilst most of our clients are buyers, we also have sellers paying for inspections and occasionally estate agents as well.  Until 2020 buyers were prejudiced by the voetstoots clause and therefore it was and is still in their interests to get a HouseCheck.

Sellers and Agents are at risk under the Property Practitioners Act of 2019  and the associated regulations. Therefore more and more agents and sellers are initiating inspections.

Does a seller have to reduce their price to account for the defects?

No, but now that you know what the defects will cost to repair, you can check if the property is priced at a reasonable level.

A seller may also offer to correct the defects prior to the sale. Your agent may advise that despite the defects you still have a good buy given that the comparative market analysis indicates that the property could sell for more. Some sellers price for a quick sale.