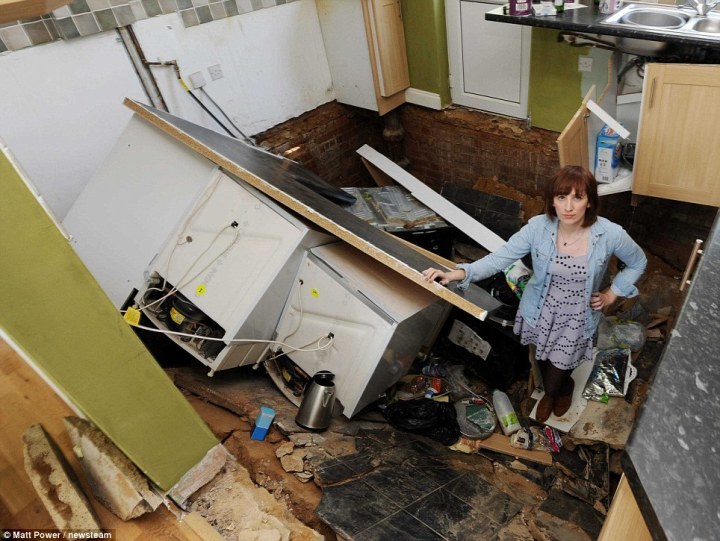 Timber housing can be a nightmare if the timber framed house has not been properly built by a competent builder registered with the National Home Building Registration Council (NHBRC) and built in accordance with the National Building Regulations for timber housing (SABS 082/88), now known as SANS 10082.  On the other hand the voetstoots (“as is”) clause can be an even bigger nightmare for anyone buying a house without first getting a home inspection.

Please read this this tale of woe emailed to HouseCheck by a Pretoria man who bought his dream holiday home on the banks of the Magalies river last December – his words: “A perfect little spot of heaven.”  Now Lijan van Niekerk says: “That spot of heaven has now turned into a nightmare and I’m at a loss what to do.”

Lijan goes on to explain how he fell foul of the voetstoots clause in the Offer to Purchase document.    (By the way, HouseCheck always advises buyers to only sign an OTP which is conditional on the buyer getting a satisfactory home inspection report. This means that the buyer is properly informed regarding the actual voetstoots condition of the property he/she is buying).

Lijan did not do this.  He bought the house voetstoots without knowing that there was a massive problem with the wooden flooring of his dream holiday home.

Lijan says: “I stepped through a floor board in the first week  of moving in, and since then I have been marking weak spots so as not to step on them.”  He told HouseCheck that there are now so many holes in the flooring that going to the toilet on a dark Magalies night is like walking blindfold through a minefield.

After the Christmas holidays, Lijan got in a contractor to check the collapsing flooring of his beautiful dream home.  He was told that the beams which carry the entire floor structure were too far apart; that the floorboards were too thin and had not been properly treated; that some of the joists (sub-structure timber members) had been joined in mid-air (rather than over a beam) and that the tongue and groove floorboards had been glued together – making it impossible to replace single boards.

The contractor sent Lijan a quote for R258 000 to fix the floor.  He also told Lijan that he could not guarantee the structural integrity of the house during and after the repairs.

After he got over his shock at the size of the quote, Lijan started digging through his purchase documentation and immediately noticed two areas for concern:

Lijan did some research into what is covered by the SABS 082 regulation and discovered that the floorboards of his house were not in compliance with this national building regulation. He asked the Standard Bank appointed attorney to send him the supplied certificates and was shocked to find that the only certificates the conveyancing attorney had was an A19 roof structure certificate plus a soil analysis.  There was no SABS 082 certificate certifying the house structure.

Lijan then contacted the seller’s conveyancing attorney and the bank-appointed bond registration attorney.  He also went to see his Standard Bank private banker.  But in his words: “We are not getting anywhere”.

Lijan then wrote to HouseCheck and asked:  “What are my rights? My best case scenario would be a complete sale reversal or for the person responsible to take ownership of the problem.

“As far as I can determine, the party to blame would be the Standard Bank appointed attorney.  They were given a check list by the bank (which clearly indicated the requirement for a SABS 082 certificate for timber homes).  The attorneys ticked everything off and the bond was therefore approved. I feel that if they did their job, the bond would never have been approved.  Are there any authorities/councils I could get in touch with to help me?”

Lijan, there is actually quite a long list of people who should be acting to protect you in this disastrous situation.  These include:

HouseCheck is going to try and assist Lijan in getting some of the above responsible parties to take responsibility and help Lijan.  We will keep you posted.

But the major lesson for home buyers is: Never, ever buy a house voetstoots without first getting it professionally inspected.

What then are the precautionary steps to take when hiring a contractor to build a timber house, and how does a new homeowner identify the warning signs of an unscrupulous or incompetent contractor during the building process?

The Institute of Timber Frame Builders (ITFB), established in 1982, provides a vital role in protecting the consumer against unscrupulous and incompetent timber home contractors. The ITFB offers guidelines on building, renovations and is also able to provide reference to a list of reputable contractors.

Vice-President of the ITFB, Werner Slabbert, advises, “First and foremost check whether your builder is registered with the ITFB and NHBRC and ask to see their current certificates. Find out whether your builder builds with treated timber and according to the SANS 10082 standards. Obtain at least three references of projects that your builder has completed and personally talk to the owners of these new homes and, if possible, go and look at the completed timber home to ensure the quality of construction and finishes.